I recently moved from DuckDuckGo to Presearch. 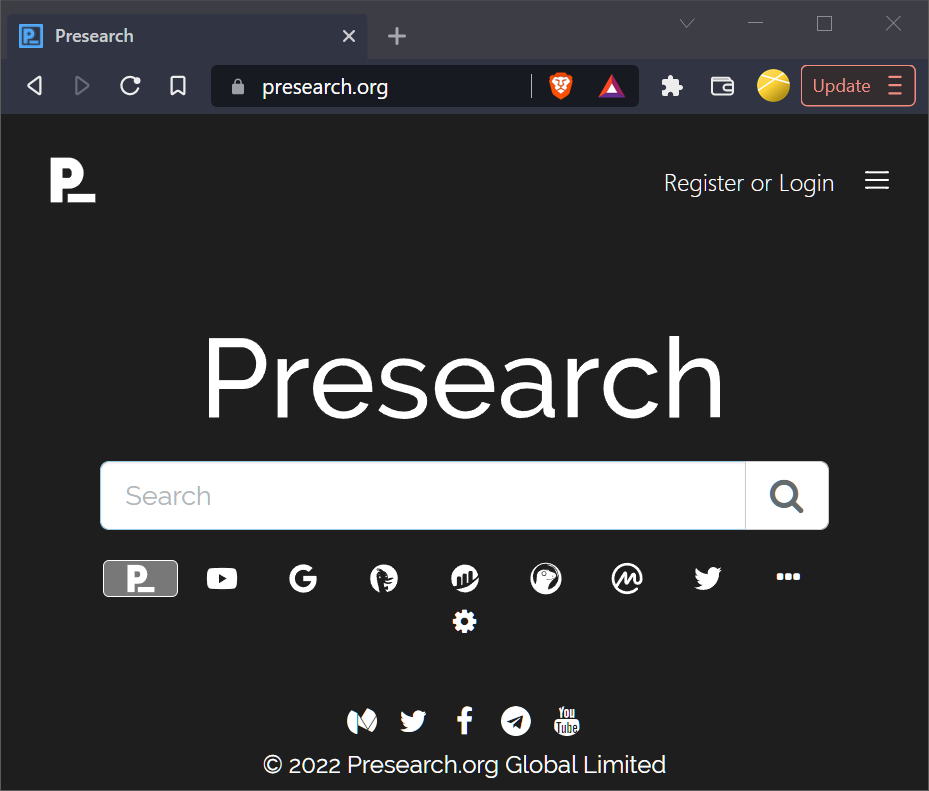 The reason for the move was the announcement that the engine would filter results to favor a specific party on the Russia – Ukraine conflict.

Last year DuckDuckGo did already show its cards with “woke” discrimination of potential employees, where they’d favor less skilled employees as long as they had enough melanin in their skin and relatively uncommon sexual preferences.

DuckDuckGo supposedly still shields its users from being tracked for advertisement, but I think that most users went in expecting relatively unbiased results.

It should be noted that, as far as I understand, DuckDuckGo itself is a little more than a customer of Google and other major search engines. In practice, DuckDuckGo simply buys search engine usage from Google. For this reason, it was always a temporary solution, because Google’s bias its already built-in in the results, plus they could pull the plug at any time, transforming DuckDuckGo into a sitting duck. Remember: if you don’t build your own technology, you’re just a power user.

Presearch looks more interesting, it’s decentralized, it has its own search engine and also allows to quickly select other classical search engines.
Presearch was founded by people that already years ago had issues with Google’s search engine result manipulation (see: “Google Penalizes Local Businesses On City’s ’Shop Local’ Website”), so, hopefully the founders are in it for the long run.

It’s important to keep in mind that Presearch is just another offer. I don’t plan to get married to it, but my time as a user is better spent on a new interesting decentralized project, than supporting DuckDuckGo, which is no more than a gate keeper.