Premise: Not breaking any new grounds here, but laying it down as a reference.

Something is true if it’s real. Everything that we conceive is the fruit of perception, which is an intake of signals from our sensory abilities, such as vision and hearing. For all intents and purposes, there is no objective reality. Our mapping of reality is limited by our sensory abilities, which are limited by nature. Reality is also how we integrate those signals into our model of the world.

To try and establish a common base reality, one should follow two major rules:

Of course, these rules are relatively vague in themselves, so for practical purposes they are guidelines, but I believe that they are what one should strive for to establish a reality to work with.

It’s very easy to claim to be consistent. In fact, one should always apply some self-doubt at certain junctures to rethink on whether or not he/she is indeed being consistent and see if perhaps there’s a deeper level at which this may not be the case anymore, such as when added details would negate the consistency of thought.

In trading there are these stop-loss and take-profit concepts. The former is a necessary pain, the latter is an unnecessary long-term pain, masked as a short-term joy.

A stop-loss is an order to sell if the price falls too far below compared to the price of purchase. This is to prevent losing too much in a single trade.

A take-profit is an order to sell if the price has risen to the point of considering the purchase a success and just get out of it.

However the price moves continuously and there’s a high risk of missing more potential profit, simply because one has decided that a, for example, 3% is good enough for the day.

In trading more than anything, if you’re not earning you’re losing, to settle today for a limited profit means to have a negative balance a few months down the road. All missed profits add up and make a sensible difference on the long term balance of a fund.

One intuitive solution is that of using a take-profit and then make it follow with another buy once the price drops, so that one is still inside the trade, and now even with more assets/margin. The problem is that the price may as well just go up instead, and then one will be forced to buy again, but at a higher price, losing precious buying power. Then the price may eventually just drop anyway and force the trade into a loss.

Of course there may be cases where it makes sense to sell before what the main indicator may suggest… this however should be done under the reasonable expectation that price will drop indeed. Momentum of the market should be taken into consideration, instead of simply settling for a quantity of profit.
One way I do this is at known price levels (calculated by the concentration of past trading volume) that may be a point of resistance. Even then, it’s very easy to stumble into false positives. I use this in my algorithms, but very sparsely.
It sometimes works, but only because there’s indication that the price may indeed drop, not simply because there’s a sense that x% ought to be good enough for now.

Above are two examples of selling at a significant level while expecting a rejection. This is more sophisticated than simply selling after a certain amount of profit, but it can still fail and have an adverse effect on the total balance. What happens when a level is reached could be a rejection as well as an upwards rally.

Quantization and resolution of data are two key concepts in computer science that are at the root of the digital revolution. I think that even a cursory understanding of those concepts can be useful towards building a mental framework in trying to seek objectivity.

For my generation, the term digital was popularized with Compact Discs. CDs look metallic and shiny and are read by lasers. They fit very well the ideal of something new and futuristic.

Lasers aren’t however what makes CDs so much a digital support. CDs are digital because they store information that is quantized. The perfection in reproduction of a CD is due to the fact that there is a a-priori determination of what the data in a sound sample should be like.
Quantization is a process necessary to encode data for digital storage. It sets the boundaries for a relation between a physical microscopic deformation of a lump of atoms on the CD and a number that it represents. 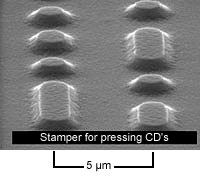 Quantization is also wasteful, because precision is only achieved by an abundance of physical space to encode each piece of data. Such space is used to avoid ambiguities that could arise from subsequent deformities of the support. Notice that significant deformation would lead to errors in the data, this brings the need for an encoding format that can deal with errors, but we won’t bother with that here.

Quantization can be seen as a signed contract between the writer and the future readers that spells out the exact data format and the amounts of bits of data that were used to digitize the input signal, be that a sound wave, an image or anything else.

This is a fundamental perspective as one is trying to determine what’s truthful and correct in the generic sense. Of course, truth as it’s applied to everyday life is infinitely more complex than the playback of a sound track, but this is a valid concept nonetheless. Even if it objective truth can’t be achieved, it sets a point of reference that can be kept in mind as one strives for objectivity.

It should be noted that legal text also tends to assume a format that is somewhat objective. This is again done by a certain structure as well as an abundance of information. Legal text is however more objective as it pertains to the structure of the content, but not on the actual claims. In fact, in modern law, truth is to be found in the middle of two clearly partisan perspectives.

Digital storage relies on physical allocation which is finite and this brings the issue of resolution. Each piece of information is stored, retrieved and processed at some level of resolution, or granularity. It’s a concept that it’s easier to imagine with an image, where the number of pixels determines its spatial resolution, and where a higher resolution image can reveal more details that may be invisible at lower resolutions. 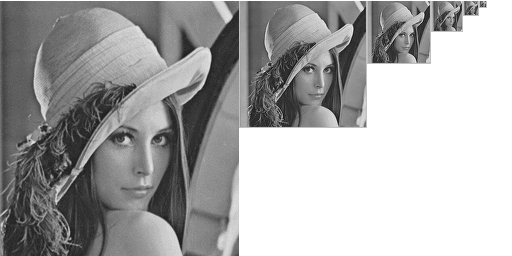 The same point of view can be applied to any problem. One may say that his home is being invaded by scary monsters, and he would be right as long as one is looking at the carpet with an electron microscope, spotting countless dust mites.

Scary monsters in your house.

This of course it’s an extreme case, but it’s illustrative of how statements can be true or false depending on the resolution at which one is operating.

We intuitively know that taking a broader perspective on things, instead of focusing on details, is one way to avoid to worry needlessly. The suggestion to “take a step back” or “look at it from the outside” can be thought of as a suggestion to lower the resolution on a problem to avoid getting entangled in the noise.

Day traders also know the dangers of zooming into a bar chart to look at just a few hours of 1-minute candles and feeling like the market is constantly on the verge of exploding up or going for a colossal dump. A quick zoom-out instead shows a much more stable and static price chart, one that is more comfortable and also more productive to operate at.

Objectivity is a concept and it’s therefore made up. To carve a space in which one can argue in an objective manner it’s important to determine a resolution and to stick to it for as long as possible. A debate can get very confusing if people involved decide to argue at different resolutions.
This shifting of resolution often happens, sometimes to highlight the importance of a certain level of detail, but many times simply to find a level, a resolution, at which one’s own argument is still valid. Needless to say, that that’s not a profitable way to come to an objective conclusion.

I was never the biggest fan of social media. I embraced Twitter quickly because of the novelty factor, although it never quite made sense and it still doesn’t, probably for most people that have tried it.
I refused to be on Facebook for years, but I eventually caved, in part because I felt that I was missing the fun, in part because I needed it to promote my mobile games.

Social media does have its uses, having some sort of instant connection with many people at any given time can lead to interesting exchanges and to some business even. It’s also a quick way to keep an eye on friends and family (Facebook mostly). However, social media can also be a big time waster, it’s limiting because it pushes one to express himself with short sentences, and it’s also weird in a way: there’s this constant state of observing and being observed, or rather, being scrolled-up. It’s a very passive media.
Content is also not so great: after a while, people tend to repeat themselves quite a bit, me included. What’s interesting about people is how they grow intellectually with time. This is not something that can be noticed on social media because it’s all in bits and pieces and arguments.

That said, the decision now to start to focus less on social media comes more from the realization that it has become an oppressive environment. It started a few years ago, but it’s escalating really quickly since 2020, mostly because of the US Presidential Elections.
Twitter, Facebook and YouTube in particular have set themselves to be the gatekeeper of truth, mostly about politics, but not necessarily. Some people embrace censorship with open arms, because they figure that it’s objective and done by "the good guys".
Of course the premise is laughable. It’s a fundamental, and frankly basic error to think in terms of solving the World’s problems by establishing a Ministry of Truth of sorts.

It baffles me to see how certain fundamental questions about the importance of freedom of expression have been debated for hundreds of years at least, and yet, today the average person is still raised seemingly oblivious to that which should be an obvious conclusion, somehow having to rediscover it once again for himself or herself.

Being a fan of freedom of expression and of freedom in general, I’d feel complicit in eroding those rights if I continued to give as much time to social media as I am today.

It should be noted that there are social media alternatives today that pose themselves as free speech alternatives. While I have great hope for those, I also think that it doesn’t make sense to put too much content specifically on yet another service, which will either die off or live long enough to become the next villain.