From arcade to simulation (gunning for the F-35) 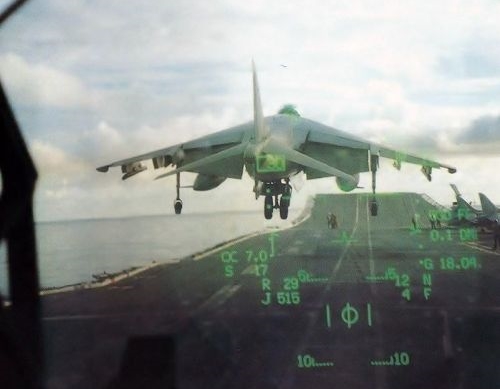 Here’s is a long overdue project update, also with some clearer details on the current direction.

I’ll be writing from a personal perspective, because for the time being it’s just me (Davide) working on this. All art is by Max Puliero, as usual.

First of all, the goal has pretty much shifted towards making an F-35 flight simulator (more or less, considering that most info are classified, and considering the sheer complexity of the real thing). 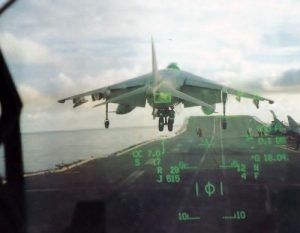 A Harrier’s HUD. Gritty and functional.

I’ve always been interested in technology more than the games themselves. I had a taste of flight simulation development while creating FCX, where the goal was to make a sci-fi game that was also plausible, which is one reason why there were no guns (other reason being… laziness).

While developing FCX, I often found myself struggling to implement things such as the HUD (Head-Up Display). An HUD looks cool aesthetically, but why it is how it is, and what do all symbols mean ?

Once one starts learning how to read the real thing, it’s very hard to see another game HUD again without having a chuckle. It’s a bit like hearing someone acting in a foreign language, until it’s your own native language, then it’s just funny… gone is the suspension of disbelief, forever.

This project was meant as an evolution of FCX, focused on VR on PC and therefore it had to give a compelling cockpit experience. I started taking the F-35 avionics as a reference and then found myself learning more and more about the airplane and about airplanes in general (at least beyond a general passion that I may have had in the past).
I also realized that there is an healthy flight combat simulation community that produces mods with realism that goes well beyond what even the average gamer may think. Modern flight combat simulators are a niche unknown to most, but the level of realism and the involvement around them is nothing like the sims from the 90s (last time they almost weren’t a niche).

At the current state however, this is still pretty much an hobby project. Ideally, we’ll be able to find someone that believes in the project and that is willing to support the development. It’s more likely however that I’ll have to continue in my own free time, which is now more scarce than ever. In fact, I pretty much had to pause development for the past two months.
Still, I put so much effort into this (some to be detailed in the next post), and it would be a waste to leave it as it is.