We’ve recently taken a break from graphics and UI avionics rendering, to focus on physics. More specifically on aerodynamics.

A missile’s ability to hit a target is determined by its capacity to individuate and seek a target, but also by the raw performance of its rocket motor and its air frame, or body.
Air-to-ground/surface (AG or AS) missiles don’t necessarily have enough rocket fuel to reach a target, and may often end up reaching the target while gliding, much like a smart bomb.

We’re currently working with a few real-world references, so to have a rough idea of what kind of rocket motor and air frame should correspond to a certain performance range.

Here’s a wire-frame debug screenshot of a model of a Maverick AGM-65 in our game (graphics are in pure simulation mode, not representative of the actual game graphics).

Much more work is necessary, but it’s already exciting to see a missile fly using the proper laws of physics, although this has complicated things a fair bit.

At this point, the aerodynamics of the actual airplane is less advanced than that for the missiles, but in time, the improved model will be transferred to the plane as well… although with jet fighters is not that simple, but this is a topic for another post… 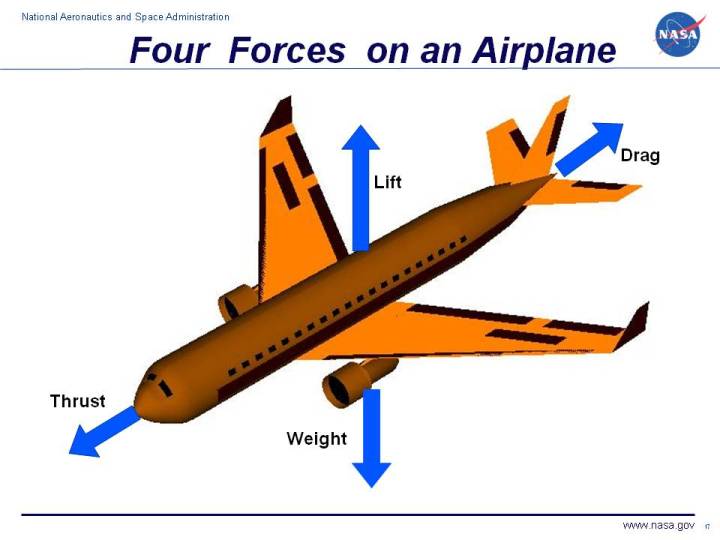 Check out NASA’s friendly explanation on the major 4 forces acting on an airplane, or a missile.